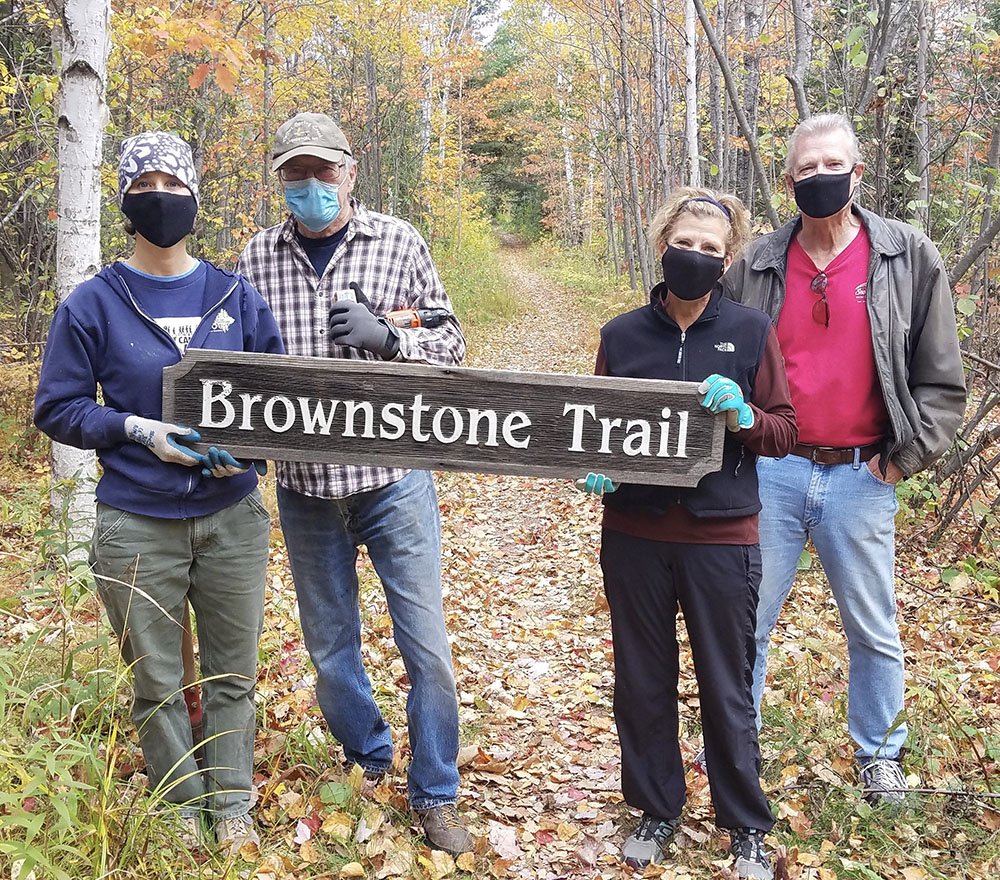 Covid-19 has changed life in so many ways in 2020, including how we mourn. After Peg Dollinger died last November, her husband Rex made plans for a memorial service in Bayfield this summer that would have allowed friends and family to gather and remember Peg’s life and spirit. Gatherings, of course, aren’t happening. But Rex then settled on another way to honor Peg by spearheading efforts to improve a section of the popular Brownstone Trail that extends along the shore of Lake Superior.

A volunteer workday was held in October that included widening parts of the trail where it loops through an old orchard, improving drainage, clearing non-native brush, trimming trees and adding gravel where needed. The work in Peg’s honor was more than appropriate, because in her years in Bayfield she both lived on the Brownstone Trail and doted on it, as well.

Peg began walking the trail even before she and Rex built their house on the lake in 2003-04. Like other owners along the trail, she and Rex granted an easement to ensure public use would continue. She became involved with the former Bayfield Regional Conservancy, now Landmark Conservancy, by helping create an early trail map. She walked the trail almost daily, sometimes more than once, in the company of Rex or their dog, Keeper, often carrying clippers to trim away unwanted branches.

“Peggy was so dedicated to it over the years,” Rex said. “Keeper wants two walks a day and she was always up for that. She just loved the trail, and it seemed a logical thing to do some improvements (in her memory).”

In fact, Peg always had a love of trails. When Rex was working in Europe for Caterpillar Inc. she helped create a trail guide, making sure descriptions of how to get to area trails were accurate and trustworthy.

“She’s always been interested in hiking and trails,” Rex said. “I think just the idea that there are trails and places to get away.”

The workday wasn’t the last tribute to Peg’s memory on the trail. Next year plans call for adding a sign and bench that will recognize her love of the Brownstone Trail and finally a gathering of friends for a dedication outdoors, and safely distanced of course, to remember her contributions.