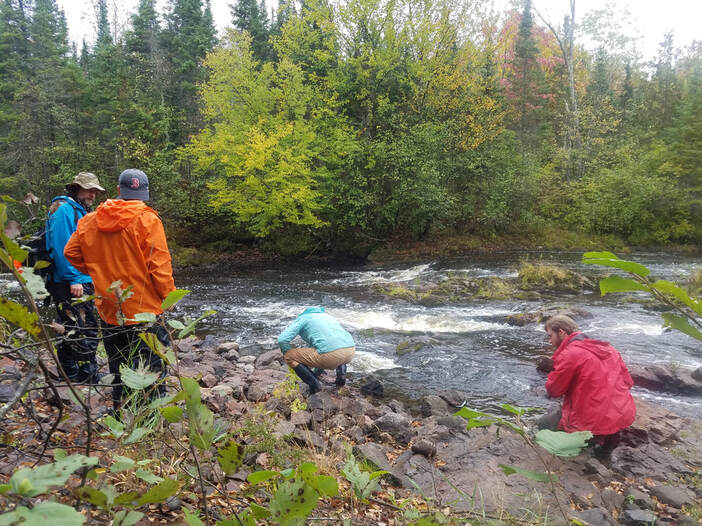 A nonprofit group dedicated to preserving natural resources in northwest Wisconsin has purchased 600 acres of land adjacent to Copper Falls State Park that it intends to open to anglers, hunters, hikers and other outdoors enthusiasts.

The Landmark Conservancy announced Wednesday the purchase on the east side of Copper Falls. It bought the land for $725,650 from a family that had owned it since the early 1990s, according to Kristin Thompson, one of the conservation group’s directors.

Copper Falls State Park near Mellen encompasses about 3,000 acres and is bisected by the Tyler’s Forks River, a tributary of the Bad River. It is crisscrossed by hiking trails and is home to a campground, recreation area and its signature features, several falls of the Tyler’s Forks.

Additional outdoors opportunities on the 600 acres of Conservancy land will appeal to the 200,000 people who visit the park every year and will have access to it.

“It is beautiful land, just beautiful,” said Tom Fitz, one of the conservation group’s board of directors. “We were very fortunate to get it. A family had owned it for some time and they wanted it to be preserved for future generations, so they sold it to Landmark and we’re very grateful for that.”

Fitz is interested in the land not just for its recreational attractions, but also for what lies underneath it. He’s a geology professor at Northland College who is studying just what the rock in the area can tell scientists about how northern Wisconsin came to look like it does.

“It’s right here where glacial Lake Duluth’s shoreline was,” Fitz said. “In the bedrock there are some rocks that are important for radiometric dating because it’s some of the oldest rock around – 1.1 billion years old.”

Learning exactly how old those rocks are will tell Fitz and other geologists more about a cataclysmic event that literally tore North America in two — and in doing so, left the copper deposits that fueled local culture.

“There was a huge volcanic event called the midcontinent rift and it created most of the rock in the western Superior basin,” Fitz said. “The rocks here in the Tyler’s Forks area may be some of the oldest and lowest. We can get a date on that and it might be very important because it will tell us when the volcano began erupting, plus or minus 200,000 years which in a billion years is pretty precise.”

That’s all fascinating to Thompson and Landmark Conservation Director Erika Lang, but what they’re most enthusiastic about is building new trails on the land that will connect to Copper Falls trails, allowing more hiking, snowshoeing, skiing and access to the pristine trout waters of the Tyler’s Forks.

That in turn should boost local tourism and the related economy,

“Landmark was fortunate to have broad support from the community for protection of this property, including Ashland County, town of Morse, Trout Unlimited’s state council and local Wild Rivers chapter, Northland College, trails and hunting clubs, and Cozy Valley residents,” Lang said.

Fitz said the group anticipates a May 29 grand opening of the property.