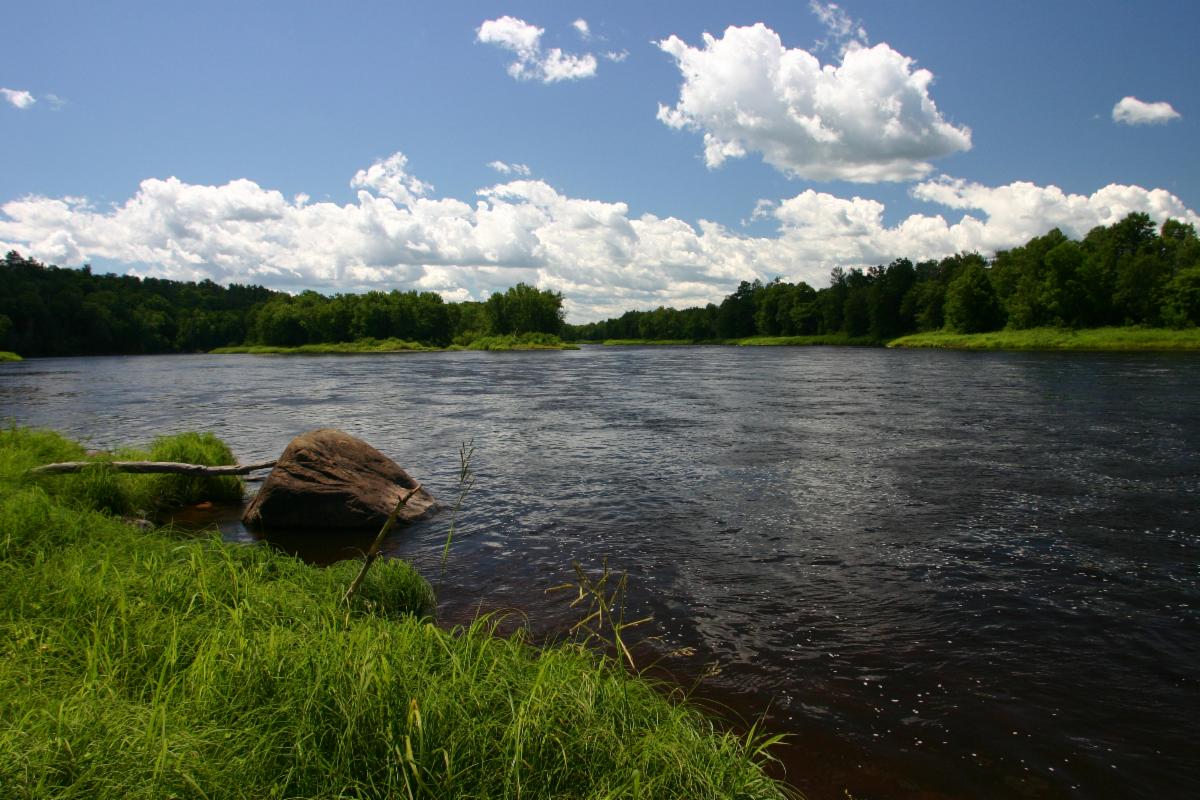 I had ridden my bicycle down State Highway 70 for 20 minutes to get to the river.  Sitting on the abutment of the old bridge that crossed the St. Croix River on Highway 70, it never occurred to me that I’d someday be worried about the future health and welfare of my favorite river. At twelve years old I was only concerned with what fish were going to respond to my offering I was dangling in the water. In the sixty years that followed I have fished, camped, hunted, and guided on the waters of the Upper St. Croix. It was that river where I had a first date, a day canoe trip, with my now wife of over 50 years. It was that river that very nearly took my life in an April canoeing accident that might have turned out differently had it not been for a helicopter that spotted an empty canoe floating down the river.

Over all those years I’ve seen a change or two but for the most part the river has held its own. The Army Corps of Engineers, in the 1960’s, proposed a plan that would have created a 30-mile long reservoir in the system which would have easily included removing that bridge I was so fond of sitting upon. In 1968, Public Law 90-542, The Wild Rivers Act, included the Upper St. Croix River and those who loved the St. Croix breathed a sigh of relief.

If there is one thing I’ve learned over the years, nothing is ever really “off the table” when it comes to a river. Laws, Acts of Congress, zoning, etc. can be changed. Potential threats to the St. Croix watershed like CAFO’s (Concentrated Animal Feeding Operations), pipelines, invasive species, housing developments and mining all come to mind. A May, 2012 mining spill into the Upper St. Croix certainly got my attention. If we don’t care for the river’s watershed then we do not protect the river. But perhaps the thing that worries me the most is overuse. It has become abundantly clear in the last 10 years or so that there is more than one definition of “wild” when it comes to a river. A visit to the Namekagon River, another component of the Wild Rivers System, on a hot summer day speaks to my thoughts on that.

Back in the early 1970’s in West Yellowstone, Montana, I listened to Jack Anderson, the then Park Superintendent of Yellowstone National Park. He was speaking to our gathering of fly fishers regarding his plan to regulate the fishing in Yellowstone Park for the fish and wildlife first (Bears, Ospreys, etc.) and not for the visitors of the Park (anglers). He was referring to the incredible Yellowstone Cutthroat trout fishery in the Yellowstone River as well as the other rivers in the Park. Sadly, some years later, somehow Lake Trout got into Yellowstone Lake and very nearly destroyed the fishery. That notion, that first and foremost, the health of a river and the flora and fauna that depended on it is more important than how people use it, stuck with me. I was asked a few years back by a reporter from a well-known Midwest newspaper to extoll the virtues of the angling on the Upper St. Croix. I declined, telling him that the Upper St. Croix didn’t need to be promoted; it needed to be protected.

My favorite quote regarding rivers comes from Leonardo da Vinci, “When you put your hand in a flowing stream, you touch the last that has gone before and the first that is still to come”. Each time I launch my skiff in the St. Croix or wade into a favorite trout stream, I pause to put my hand in the water. I think about the water I am about to fish and I know that what is yet to come is up to us. 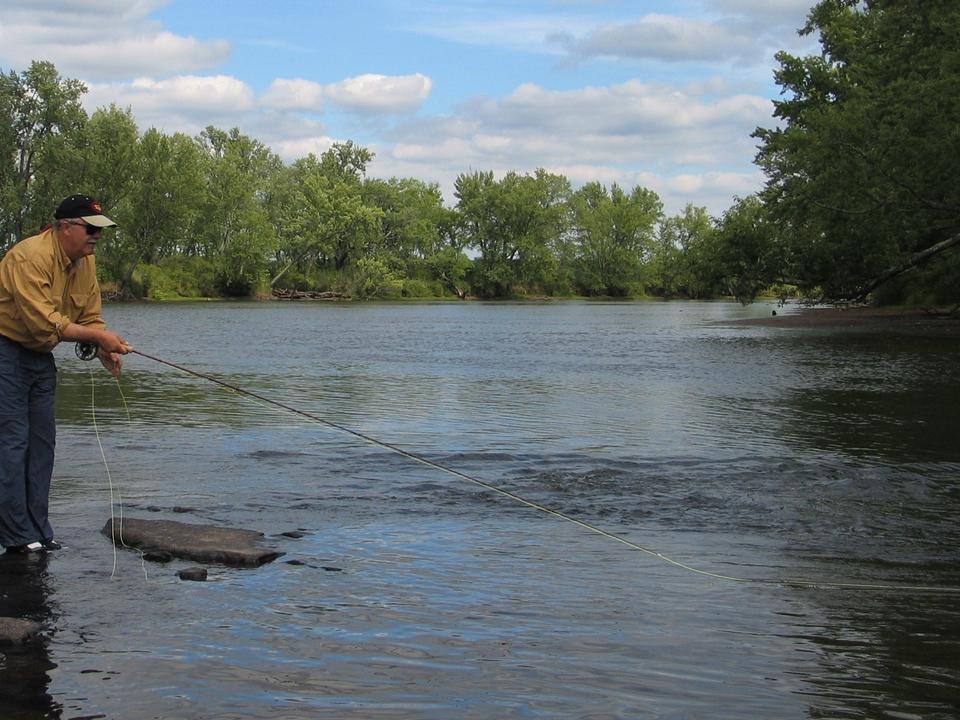 Donate to Landmark Conservancy today to help protect special places like the St. Croix Watershed. Your gift is welcome and appreciated!